Since nabbing her first Vogue cover in 1988, Stephanie Seymour has been something of a household name. A longtime muse of the designer Azzedine Alaia—who famously gave Seymour away at her 1995 wedding to media mogul and contemporary art collector Peter Brant—the mother of four has served face time for some of the biggest names in the business, including Chanel, Louis Vuitton, Versace—and Guns N’ Roses. As the one-time girlfriend of GNR frontman Axl Rose, Seymour starred in not one, but two, of the hard-rock band’s iconic videos in the early 90's.

This past Spring, the California-born brunette added to her considerable cred when she was announced as Estée Lauder’s newest spokesmodel, an affiliation that strikes a personal chord with the 46-year-old. “When I was 13, my mother wanted me to be the next Estée Lauder model,” Seymour reveals, “so I feel like I am fulfilling not only one of my dreams but one of her dreams as well.” With 4 months to go until Seymour’s first Estée Lauder campaign debuts in November, she sat down with The Estée Edit to give us a sneak peek into what makes her tick.

“Beauty is to understand what your strengths are: if you have a great mouth, play it up; if you have beautiful hair, do not cut it off. It’s not just one thing, though. As a model you are constantly judged for your exterior, but I think who you are as a person—and also the way you take care of yourself and how you respect and appreciate other people—is most important.”

“My mother is my inspiration—and a beauty maven! She had her own hair salon when I was younger and she always took me to get any treatment that I wanted. I think she realized that it was important to indulge me that way because she wanted me to learn how to take care of myself.”

“I still stand by what my mother taught me as a young girl: only use certain fingers [when applying makeup and skincare]; pay attention to your skin, not only from your neck to forehead but also from your chin to chest; and sunblock, sunblock, sunblock!”

“While I was a fashion model, I got interested in collecting vintage couture—Christian Dior, Balenciaga, Madam Gres—because I didn’t want to wear what everybody else was wearing. It was a great thing for me because I learned to appreciate, and understand, the work that I was doing—and what the designers were doing—so much more. I still collect, but I don’t wear everything.” 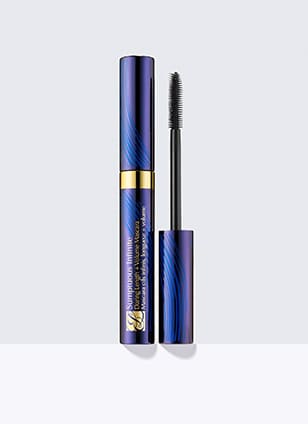