At just 27, Geralyn Lucas was diagnosed with breast cancer. “I turned 28 the day before my mastectomy,” recalls the New York-based Lucas, who had logged time at both ABC News and Lifetime Television as a producer before receiving the devastating news. “Everything was so scary,” she says of the days leading up to her surgery, which were filled with feelings of disconnection to her own body, and the distinct emotion of losing her sense of self.

But rather than give in to the disease, and the physical—and mental—trauma it can inflict on the countless women who suffer from it, Lucas did something decidedly unexpected: just before going into the operating room, she pulled out a bullet of red lipstick and applied it with perfect precision. “So much was being taken away from me,” says the self-proclaimed “gloss girl” who never thought she was confident enough to scrawl on a rich crimson pigment. “But I wanted to become the woman I never thought I was going to be. In that moment, it felt powerful to wear red.” When Lucas published her groundbreaking 2006 book, Why I Wore Lipstick: To My Mastectomy nearly ten-years later, that simple statement became a symbol of strength for thousands of other women, too.

How am I going to live up to this red lipstick today?”

Lucas calls it “the lipstick theory,” which is based on an observation that one of her doctors at Memorial Sloane Kettering shared with her when he noticed that women always seemed that much more ready to leave the hospital after they put on their lipstick. “I met a young oncologist recently who said that lipstick is the 5th vital sign,” she jokes, inserting the signature sense of humor that has made Lucas such a relatable and important voice in the battle for breast cancer awareness—a fight she continues to champion with regular speaking engagements, as a consultant for ABC News, and with her new memoir, Then Came Life, which bows this month.

“It’s about survivorship, but is really for any woman,” Lucas says of her second literary effort as she prepares to set out on a book tour in partnership with Estée Lauder. “We’re going to raise money for breast cancer awareness by donating the proceeds from select red shades of Estée Lauder’s new Pure Envy Sculpting lipsticks to the Breast Cancer Research Foundation (BCRF) and the charity, Look Good Feel Better,” says the 47-year-old mother of two. Here, Lucas talks to The Estée Edit not just about surviving breast cancer, but thriving—and the shades of red lipstick that have helped her along the way.

EL: In a moment when makeup is often the last thing on a woman’s mind, what compelled you to pick up that first tube of lipstick?

GL: At the time, it was this almost beautiful act of defiance in the sense that I felt that I didn’t belong in that hospital gown, and I didn’t want to go intod that operating room the day after my 28th birthday. I felt out of place, and like [the red lipstick] would make people notice me—that that it would be so powerful for the surgeon to look over at me and see my perfectly lined red lips, as if I were announcing to the room that I wear lipstick, on my own terms. It was a reinvention moment. I had nothing to lose.

My singular mission is early detection.

EL: How did you first come to connect with Estée Lauder?

GL: When my first book came out ten years ago, I was working at LifeTime television and we used to do a show called Intimate Portrait, and I pitched a story on the women of Lauder – Estée, Jane, Aerin, and Evelyn, who had such a special place in my heart because she created the pink ribbon, and started talking about breast cancer when no one else was. Evelyn was a real thought leader. She understood that doing the research, and taking care of women was seamless with being beautiful. So when Evelyn heard about my book, she wanted to dedicate a lipstick to me—so the brand actually made a Geralyn lipstick!

EL: And with that simple tube of lipstick, you started a movement. What has the response been like to your personal journey?

GL: I started getting requests for speaking engagements at breast cancer awareness conferences, and then my book was translated into seven languages. Then, ironically, my book was made into a Lifetime movie! It was so hilarious: I was played by a tall blonde, and I’m a short brunette. Most rewarding was when the testimonials started coming in and women started sending me pictures of themselves in red lipstick.

GL: The whole idea of reinvention is in that tube. I also always say that red lipstick reminds me of the “exit” sign in the hospital operating room. I’d look at it, and I’d think: I am going to walk through this door, and I have so much waiting for me on the other side.

EL: Why did you want to publish a sequel to that story? Did you feel you had something more you wanted to say?

GL: I had closed one chapter, and now, I’m really excited to talk to women about what happened after – being able to have my children in the same hospital where I was treated for breast cancer; and to live life as a survivor. At the end of my speeches, I always ask women to put on their red lipstick and make wish to see their own courage and beauty instead of their flaws. The photographer Mary Ellen Mark took a large photo of me after my mastectomy and I was too afraid to look at it. But when I did, it was the first time I ever really felt beautiful. It was the first time I really saw myself – everything I’d been through, all of my strength.

I can still taste that hope from the first time I put on my red lipstick...

EL: As a prominent voice for breast cancer awareness, how best can we continue to fight the disease?

GL: I think part of my responsibility is to stay current on the information and to align myself with groups like the BCRF that have the most accurate information. What I think is so interesting is that women talk to women about shoes, about makeup, but not about getting mammograms. So I made a video to send a message: You think mammograms hurt? We’re going to go get a Brazilian bikini wax; and Botox. And at the end end of that day, that Mammogram hurts least.

EL: Did you actually produce the video?

GL: Yes, it was on YouTube and then ABC News did a segment on the five things that hurt more than a mammogram. But my singular mission is early detection. Breast Cancer is 90% curable if it’s caught early. And doing your own breast exams. I found my own lump. And checking your family history. Once a woman is diagnosed, she should alert every single woman in her family because a family history can develop going forward, not just looking backwards. Most of all, I try to bring a little humor to [the cause]. The biggest compliment is when women tell me that I gave them something to laugh about when they didn’t think they could laugh. My first book starts in a strip bar, and I got a tattoo instead of a new nipple [after my surgery]!

GL: I have quite a few now and they are all strategically placed. I got a little heart with wings at the end of my mastectomy scar to remind me that where my scar ends, some sort of hope begins. I have another tattoo on my shoulder of wings that I got for another woman I knew who wanted to get an angel tattoo, but never had the chance. And at the end of filming that viral video, I got two stars on my wrists for my kids. Then I got another heart above my own heart that says “sweet” in the center in honor for my survivor Sweet 16.

EL: So all these years later, do you still wear lipstick?

GL: I do. I wear my bright red lipstick everywhere, and when I see a red I like, I run over and ask, “Sorry to be rude, but what red are you wearing?”

EL: Do you have any favorite shades?

GL: I get kind of addicted to the one I love at any particular moment. Right now, I’m into Estée Lauder Pure Color Envy Sculpting Lipstick in Vengeful. It’s so moisturizing and it lasts so long. It’s definitely my signature now and I dare myself by saying, “How am I going to live up to this red lipstick today?” I swear, I can still taste that hope from the first time I put on my red lipstick, which says: I’m here, I’m alive, and I’m healthy. 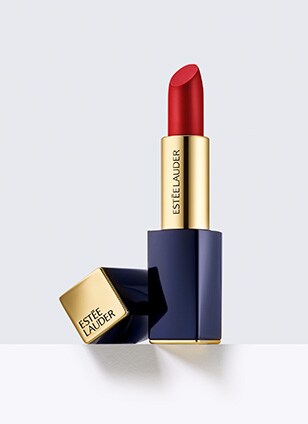 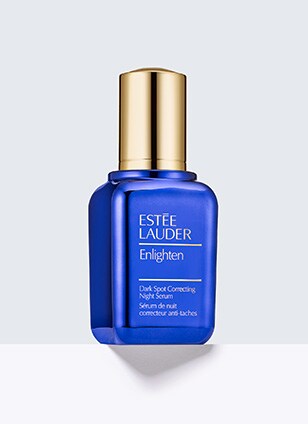